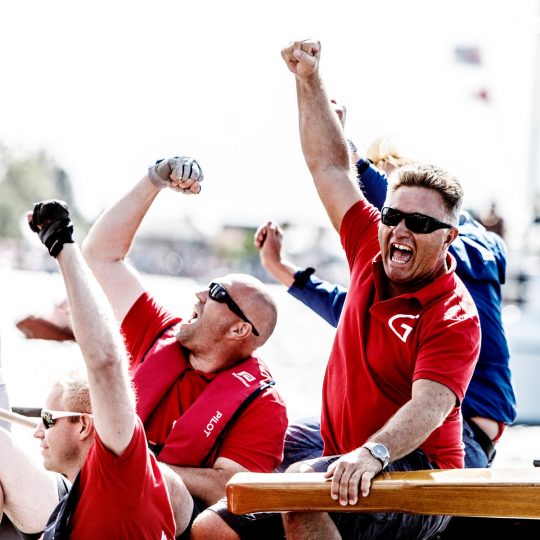 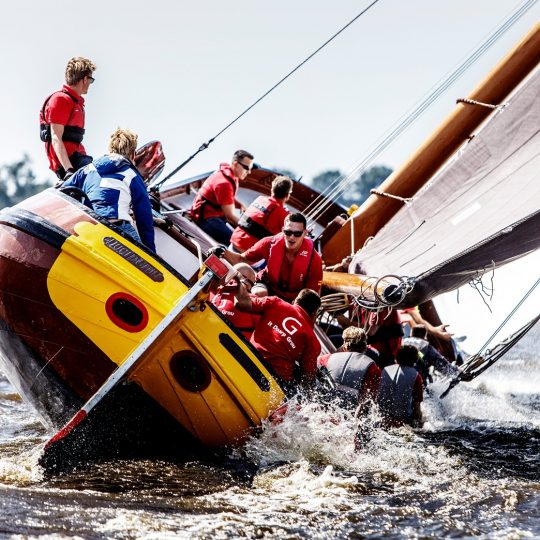 Douwe Visser was born in Sneek and is from a typical Dutch Frisian family of skippers. skûtsjesilen (typical Frisian sailing in special shallow-draught vessels) was passed on in his family from generation to generation. Since 2005, he has been the skipper of the Grouster skûtsje.

What is skûtsjesilen?
Skûtsjesilen is in fact competitive sailing using old freighters, flatboats that were built at the beginning of the 1900s to transport, peat, manure and other freights to the farms. For this, the vessels had to manoeuvre in shallow waters. Hence the ships were made long and flat.

A Competitive skûtsje
Many authentic skûtsjes (flatboats) have now been adjusted for competitive sailing. For example, the competitive skûtsjes are equipped with, on average, 160 square metres of sail and the vessels have been extended to positively influence hull speed. These adjustments are subject to certain rules. This is to ensure a level playing field for every ship. Each year, the skûtsjesilen competition is organised by Sintrale Kommisje Skûtsjesilen (SKS).

For further information on the SKS competition go to www.skutsjesilen.nl/ 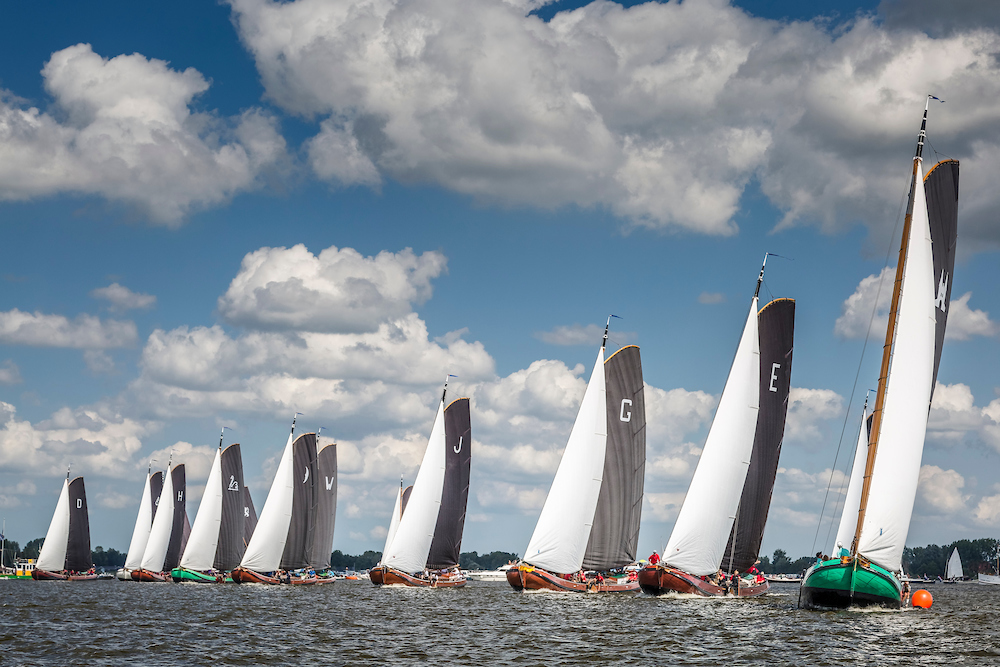